Be the first to rate!
Previous Next

“A long, gradual approach into the foothills below the east summit of Aragats. ”

To take the above-mentioned piste, you need to get to Aragats village in the Aragatsotn province. Taxi services are quite affordable throughout Armenia. We recommend you take a cab with a taximeter.

To start skiing on the slopes of the East Summit of Mount Aragats, you need to set off to the Aragatsotn province. The nearest settlement is the village of Aragats (1,970m): this is where the skiing begins. The piste runs over a series of small hills that overlook deep gorges on the right-hand side and stretch up to ‘merge’ into the Eastern Summit. When following this ski run, you'll have reached the surroundings of the Aragats Summit.

Mount Aragats is considered to be the highest peak in all of Armenia (4,090m). It is an isolated shield-like massif of about 200km in circumference. Together with its fan-shaped slopes, it covers approximately 4,000 sq. m, situated simultaneously in both the Aragatsotn and Shirak provinces. Aragats used to be one of the world’s largest volcanoes. It has a gigantic 400m-deep crater, 3km in diameter, and is comprised of a total of 4 peaks, the highest of which is the North Summit- 4090m; the West Summit is the second highest at 3995.3m and is followed by the East - 3908.2m and South Summit - 3887.8m.

Traveling between the East Summit of Aragats and Yerevan, you can visit the Armenian Alphabet Monument, Saghmosavank, Hovhannavank.

The best time to ski on the slopes of the East Summit is: January, February, March, April. Yerevan is 84km away from Aragats village, so the road there takes approximately 1h 25m and costs 9,000 AMD (by taxi). 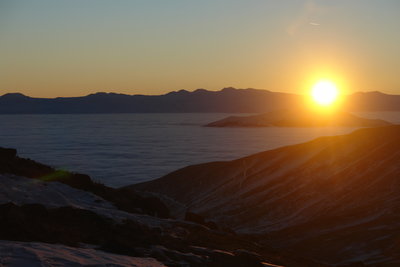 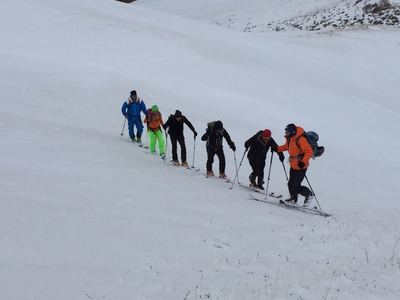 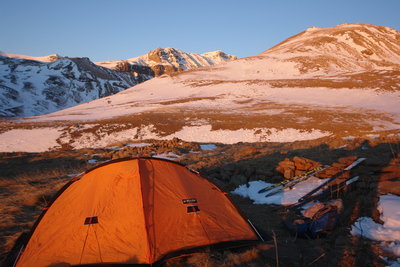 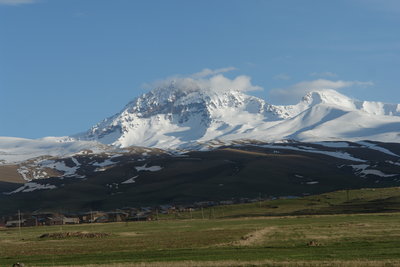 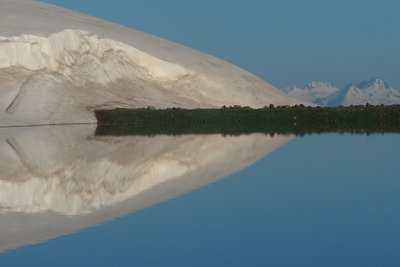