Ucom and VivaCell-MTS networks are almost always available between Aragats village up to the west summit of Mount Aragats. In case of emergency, call 911, a service available throughout Armenia.

To take this ski run, you need to get to the village of Geghadzor, in Aragatsotn province. At the southern end of the village, the road heads toward the mountain with the West Summit Ascent and can be driven until the conditions do not permit further travel.

From the top, there are unbelievable views of the peak to the east and the sprawling lands to the west toward the Turkish border. The first mile and a half have the steepest grades ranging upwards of 40 degrees. The run follows parallel to the ascent before crossing to the west to stay on top of the ridge. Continue back to the starting point.

According to legend, the name ‘Aragats’ originated from the name ‘Ara’, and the word ‘gah’ (throne): that is to say ‘Ara’s throne’ (the Armenian king Ara Geghetsik, meaning Ara the Beautiful).

Heading for the West Summit of Aragats from Yerevan or vice versa, you can visit the Armenian Alphabet Monument after M. Mashtots, Hovhannavank (5th-13th centuries), Saghmosavank Monasteries.

The winters on Mt. Aragats are long, cold, and snowy. There is steady snow cover for 250 days of the year. Near the summit, it is cold during the summer, too. While passing the trail, you may come across wolves, foxes, and wild rabbits. 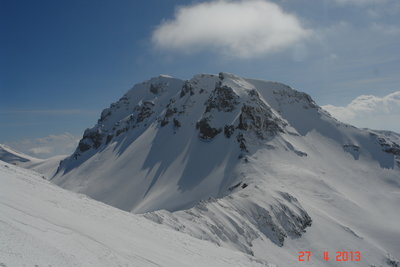 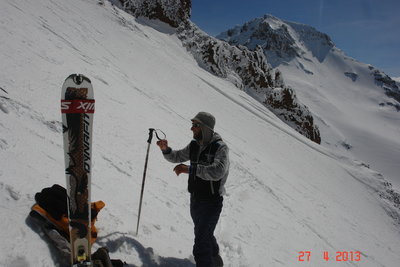