“This is a spectacularly scenic skin through evergreen and aspen forests, culminating in a majestic cirque-like basin. ”

Loop Campground cannot be reached by car until around mid-May.

There are several classic terrain traps to avoid while route-finding your way into the basin.

Adorning the shoulders of the majestic Deseret Peak are three couloirs--two to the south, and one to the north. Of the two twin couloirs, the west twin might be a bit more popular than the east due to being a bit less steep. The steepest of the 3 is the north couloir, sometimes called Temple Couloir.

Between the Temple and the Twins, Desert Peak reigns high above, and boasts enough vertical relief to make it one of the most prominent peaks in the United States. Aspects, elevation, and shade, all combine to favor the snow in these couloirs, keeping them ripe for skiing well into the spring and early summer. It's been said that some of the best corn in Utah can be found near Deseret Peak.

Heading south on Mormon Trail road from Tooele, don't miss the turn onto South Willow Road. Park along this road at the furthest closure, or ideally at the end, Loop Campground. Walk or bike until you hit snow, then skin up the Deseret Peak Trail into Mill Fork, then switch to Dry Lake Fork.

Follow the main source of drainage, crossing it once from the north side to the south, until reaching the basin below the peak. Nearing the basin, Temple Couloir first comes into view. If your goal is the Twins, keep heading generally south until you reach the apron.

At what point you choose to begin booting up the couloir of your choice will depend upon a number of factors. I suppose it may be possible in some cases to skin switch-backs to the top, perhaps with ski-crampons attached; but I can only speak for the East Twin. I chose to boot it from the mouth. Snowshoes or verts might be helpful. Under the conditions I found (in mid-May), ice axe and boot-crampons were essential. 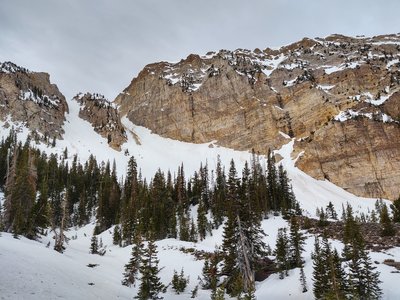 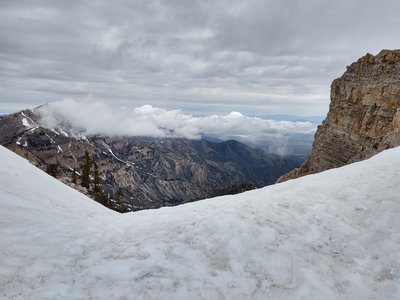 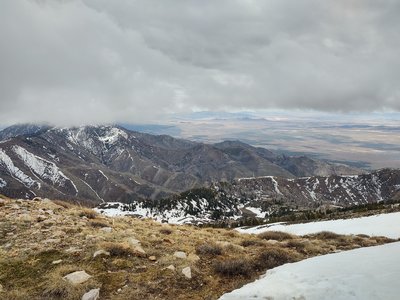 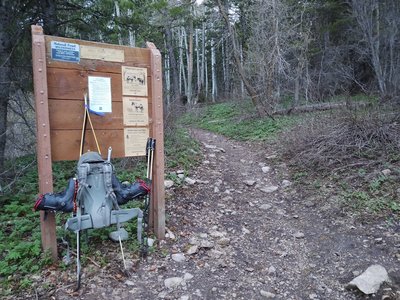 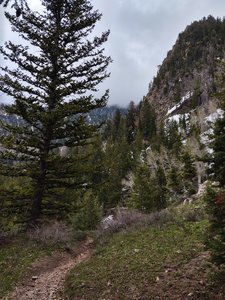 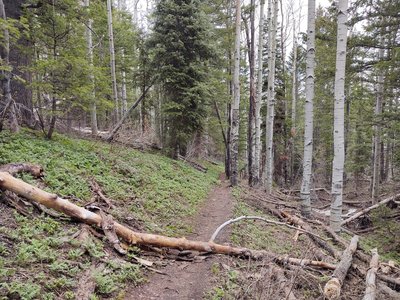