“Visitors can also visit other sightseeing places of Aragatsotn marz, the Alphabet Park, Saghmosavank, and Hovhannavank. ”

Sometimes the Viva Cell mobile connection is available from Erznka village up to the highest peak of Mount Ara. In case of an accident, rescue services function in Armenia 24/7 and the number is 911. Beware of dogs in the village.

Located 36km from the village of Yerevan in the Aragatsotn province, skiers will enjoy a wonderful if extreme route along Mount Ara. This is a great route in the later winter (February, March, and April), as it is often protected from storms and the snow is well melted and stable. A convenient road allows you to drive much of the way to the foot of the mountain to the Tsakhkevank chapel. The name translates to Virgin Varvara, and the chapel is an active monastery today. If you’re stopping by over Christian or Pagan holidays, stop in as they are likely being celebrated inside. Also of note is the spring in the monastery. Rich in zinc, many say that the water will heal aching joints and spasming muscles, and that its healing powers are especially effective for the eyes.

This is where the tour starts. Though this one can be a bit risky, it is almost always interesting. You’ll follow this serpentine route until you reach the summit of the mountain where huge cliffs open up around you. Because of these cliffs, Mount Ara is also a popular paragliding destination.

Local legend has it that Tsaghkevank is presented to be the statue of Virgin Varavara. According to another legend, there was a virgin named Tsaghik (Flower). One of the Armenian princes fell in love with her and her beauty and wished to ravish her. Tsaghik was afraid of him so she ran away to hide in the mountains. On the inclines of the mountain, she met a shepherd who was leading his lambs to pasture. The girl asked him not to tell anybody of her whereabouts. Meanwhile, the angry prince was looking for Tsaghik to punish her. On the way he met the shepherd who became afraid of the Prince and told him the girl's hiding place. When the girl saw the prince, she climbed the rock and threw herself down. At that moment, the betrayer was turned into rocks with his sheep. Tsaghkevank chapel on Mount Ara was named after the virgin girl Tsaghik. The water dropping from the roof of the chapel is supposed to be the tears of the girl. People take the water to treat themselves and their animals.

About the fauna: It is possible to meet bears, wolves, foxes, wild rabbits during the winter on the inclines of the mountains.

How to get to the trail: The depart from Yerevan and head to Nor Erznka car (taxi), in order to reach the above mentioned ski trail. The reliable taxi cars are all over Armenia and with electronic counters that are quite affordable. 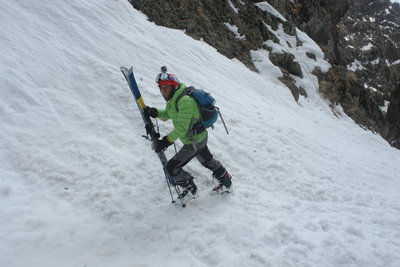 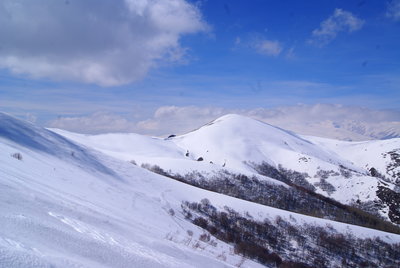