“A tough but worthy route in the Pambak region. ”

The mobile connection of the “UCOM” and “Viva Cell-Mts” providers is available in some places from Margahovit village to Ampasar. In the case of accident, rescue services function in Armenia with 24/7 principle and the number is 911. Beware of dogs in the village.

Located in the Pambak Sierra, Ampasar is a great place to ski in this central part of Kotayk Marz. Best used for skiing in January, February, March, and even moving into April, the most popular route is located in the Lori Region and will take skiers to elevations of 3050m. In the small and medium hills that surround the mountain, there are multiple villages including Margahovit and Fioletovo. Pambak is the longest mountain range in Armenia, and skiers will appreciate the unique geography.

With incredible views of the Pambak Sierra (including many pinnacles) and abundant snow, the route is quite pleasant, especially on the way down. From Ampasar, there are many other mountains visible, including Aragats and Tezh.

This route is located about two hours from Yerevan, but a cab will cover the distance. While the full route is just over 10k in length, plan on the full tour taking about 6 hours. Be sure to bring hot tea, as the area can be quite chilly!

Fauna: In most cases it is possible to meet wolves, foxes, rabbits and sometimes single bears.

How to get to the trail: It is easiest to depart from Yerevan to the village of Margahovit and the trailhead can be accomplished via a hired car (taxi). The reliable taxi cars are with electronic counters that are quite affordable in all over Armenia. 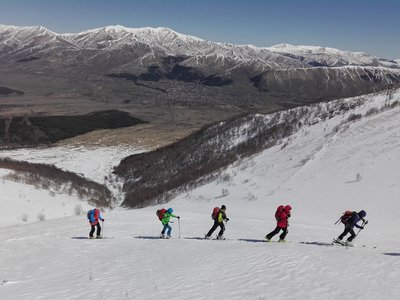 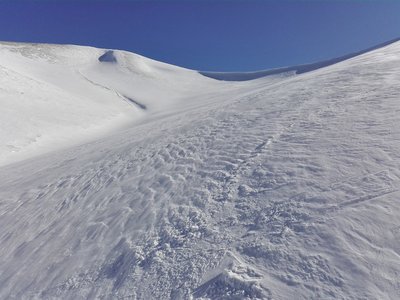