“The Creme-de-la-creme of backcountry skiing in Bountiful Utah! ”

Please stay on the designated trail until you reach Rudy's Flat. Failing to do so may jeopardize our access to the trail.

Essentially the north side of City Creek Canyon, from Rudy's Flat to Grandview Peak, Bountiful Ridge represents what may be the Creme-de-la-creme of back-country skiing in Bountiful Utah! As the beauty and accessibility of this place become more widely-known, it's becoming harder to get first tracks, especially along the ridge east of Black's Peak where Powder-Bird guides have historically tracked everything out for their clients. This withstanding, tours here still require enough effort to keep many people away, and Powder-Bird guides, so far, have left the ski terrain west of Black's Peak alone.

The route outlined on the map is the most conservative approach I've found thus far in my travels here. It proceeds as follows.

Parking below the snow-plow turn-around at the end of Canyon Creek Drive, skin up the North Canyon Road, which eventually becomes a trail. Enjoy the trail as it travels through quaking aspens and dense evergreen forest until it eventually winds its way around to a well-known clearing called Rudy's Flat. This is a junction point where the North Canyon Trail, Mueller Park Trail, City Creek Canyon Connector, and the trail to Grandview Peak, all meet together. Take a moment to admire the beauty here, then leave the flat heading east through more evergreens toward Bountiful Ridge.

Emerging from the evergreens, this is where your route-finding skills for avalanche risk management, and for not getting lost, become essential. In order, as you skin the ridge west to east and south to north, you'll come across the following points of interest: Tele-Hill, Dead-Tree Peak, Rectangle Peak, Crescent Peak, Mark's Ghost Peak, Black's Peak, Flap-Doodle Peak and all the glorious bowls in between. Black's Peak is the cusp of the route shown, west of which lie the so-called Big-Drop runs, often overrun by Powder-Bird guides.

Generally, I ski the bowls north-west of B-ridge, (each of which has a wide range of aspects), and ascend the ridges connecting to each previously named peak along the main ridge. You'll get the most number of laps in if you think ahead and re-use your skin tracks wherever possible.

Note that aspects constantly change run-to-run, and mid-run. Keep this in mind when assessing avalanche risk. 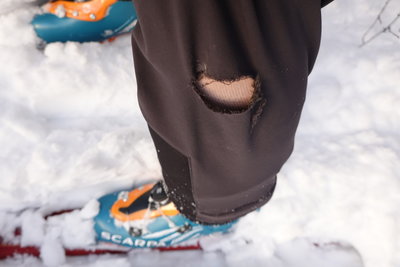 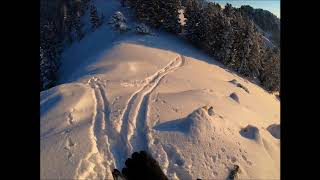 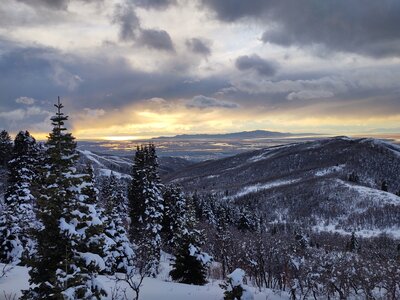 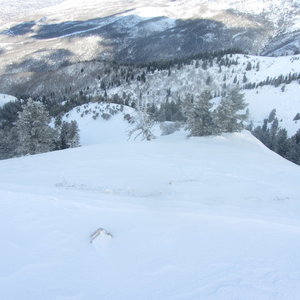 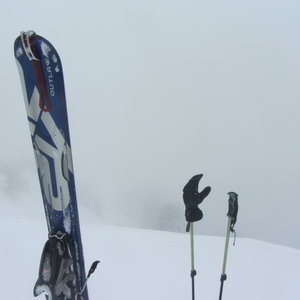 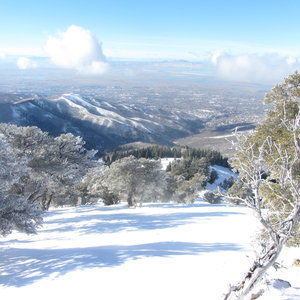