“There are no mountain peaks along the way, just great skiing in the Vorotan Mountains with its wonderful views. ”

Ucom and Viva Cell-MTS networks are partially available between the highway to the peak of the Vorotan Mountain Pass. In case of emergency, call 911, a service available throughout Armenia.

This ski trail is found in the south of Armenia, in the Vayots Dzor province, near the territory known as 'Zanger' ( Bells), in Syunik. The trail begins at the Vorotan Mountain Pass (2,344m). The peculiarity of the trail is that the ascent up the mountain is shorter than the descent. The 8km long round-trip journey is situated between the villages of Saravan and Gorayk.

During the winter, you may come across bears, wolves, foxes and wild rabbits on the slopes of the mountains. At the end of winter, you'll probably see eagles, flying very low over the slopes. There are many eagles during the summer and autumn months. The best time to visit the area is January, February, and March. Yerevan is 166km away from the Vorotan Mountain Pass, so the road there takes approximately 2hr. and 48min. and costs about 16,600 – 17,000 AMD (by taxi). Skiers can pick up a taxi from the M-2 freeway after descending from the peak.

Khor Virap Monastery is located on the left bank of the Araks River, on one of the hills in the historical city of Artashat. As stated by Agatangeghos, King Trdat III had sent Grigor Lusavorich (Gregory the Illuminator) to the Artashat royal prison during the persecution of Christians, where he stayed for about 14 years. After leaving Khor Virap, with the support of the King, G. Lusavorich declared Christianity as the state religion. In the 5th century, a monastery was founded on Virap. Since the 13th century, Khor Virap has also been used as a pan-Armenian education and science center, along with being a valuable sanctuary. It now houses more than 10 written manuscripts

At the beginning of the 13th century, Noravank was the spiritual center of Syunik, and the family mausoleum of the Orbelyan dynasty. The architect, Siranes, worked in the monastery during the second half of the 13th century, and the famous miniaturist painter, sculptor and architect, Momik, worked there at the beginning of the 14th century. In 2008, the oldest single-piece of leather shoe in the world was found in the Areni-1 cave, in Vayots Dzor province. The shoe is about 5,500 years old. Similar shoes were used by Irish natives up until about 50 years ago. Scientists from Armenia, Ireland, the USA, Israel and the UK have examined the shoe. The age of the shoe was determined in the laboratories of Oxford and California, and showed that the shoe was made around 3,500 BC, during the Chalcolithic period or Copper Age. During the examination, the shoe was filled with dry grass, the purpose of which is still not clear to scientists yet. The shoe is of a European size 37. It is already housed in the History Museum of Armenia, and is in need of conservation. Older shoes (sandals) have been found in a Missouri cave, in the USA, but they were made of plant material. 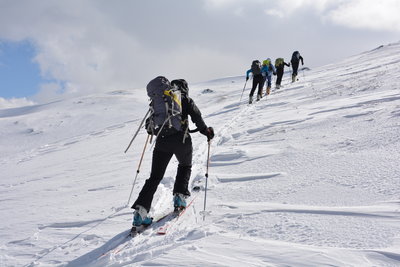