“One of the longest continuous descents in the state, 3000 ft of bliss on the NW face of Torreys. ” In the winter, the trailhead is closed at the I-70 exit and is a long day of touring. The approach is either the standard summer trail to the Greys-Torreys saddle and then to the Torreys summit (DANGER: Numerous fatal avalanche hazards on the standard route), or by snow climbing the Tuning Fork itself. (Difficult Class 2)

You'll likely have to park at the lot in the immediate vicinity of the I-70 Bakerville exit due to winter closures. From there, proceed up the standard trail towards Greys and Torreys.

Snowboards: You may want to bring poles.

After about a mile, at the sign for "Greys Peak," you can proceed west down Grizzly Gulch if the goal is to climb the Tuning Fork. Otherwise, continue south to follow the standard Greys and Torreys route to the saddle of the two 14ers.

DANGER: The standard route crosses numerous avalanche slopes that have killed many skiers and climbers. Do not attempt the standard route under poor avalanche conditions. Numerous modifications should be made to the route to avoid avalanche runouts, especially when traversing beneath Kelso Mountain.

When you get to the summit of Torreys, you have numerous descent options based on snowpack stability. However, if you do decide to commit to the Tuning Fork, you may discover that the line does not start immediately at the summit, depending on snowpack conditions. This route often requires 100-300 feet of downclimbing on class 2 rock before arriving at continuous snow.

The Tuning Fork is split near the summit (hence the 'fork' moniker) and both gulleys can offer different opportunities and conditions.

After exiting the Tuning Fork make a hard right and stay high above Grizzly Gulch -- you can avoid some depressions and valleys that will sap your speed and require significant poling. If you do it right you can ski almost all the way back to the car without any poling.

This route is officially known as Torrey's Northwest Face. 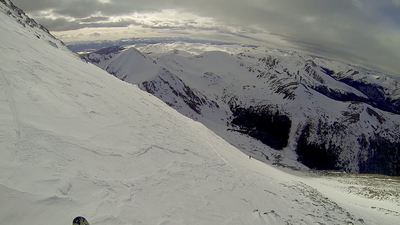 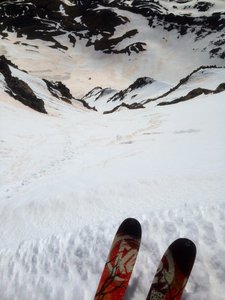 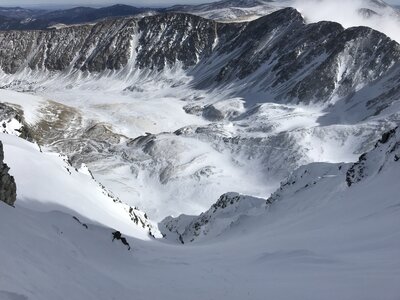 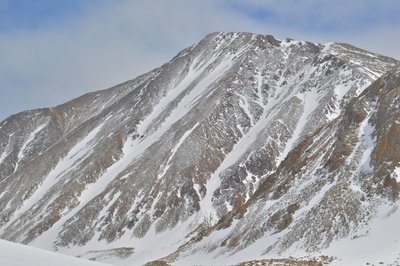 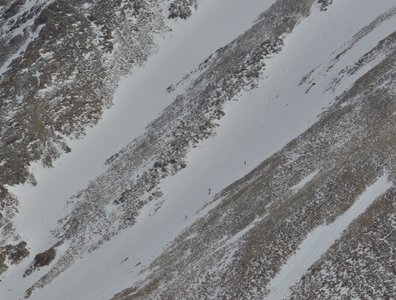 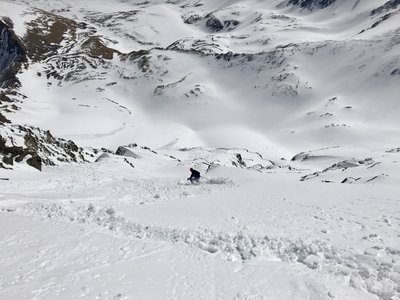